The main competitor to the IOS is also the big one Android. The

a specific approach, because of differences. Android also has several

rules and Guidelines that are important to follow. Android – which is a
fast and furious system for smartphone devices has been famous for its

every update. Its many-sided, user affable applications & flexibility has

made it more favorable. Our answer to the requests with the “Android”

is pretty similar for all of the others – clear work process, that helps us

to avoid any errors.

The project budget often goes beyond the planned scope, because of the corrections that can take a lot of time on the project.

It often happens that during the project everything goes well, but when the executor can meet corrections, the project begins an uncontrollable fall from which it is very difficult to get out.

Our processes save up to 40% of clients time.

A well-structured process relieving pressure off the team, reducing misunderstanding and making the results predictable.

In Rondesign, all processes are clearly structured and aligned in such a way that the client and the performer don’t go beyond the timelines for the specified tasks.

The Main Stages for
Such Project

attention to each phase.

Acquaintance With Client and Project

We should meet, talk or have a couple of messages.
It is really hard to create a good mobile app without a good communication and feedback from the customers side.

We are always happy to provide our clients with confidence to our team and good mood after the calls or meetings.

In a word, our agency finds customer’s competitors, their fix logs, to understand what was already fixed and avoid such issues in the current project. Then we find users’ feedback — what they like, dislike in similar projects. Our team should find all good comments with a real feedback on the Appstore or Google Market.

We read a lot! Be sure. What users would like to see — new features or functionality, bugs, features, good colors, 3 or five stars.

All this information will be used by the agency in the future project. As it is much more useful to create the project based on real data than on a hypotheses.

On the UX step, the idea that the customer wants to put into the project takes on the form. At this stage we create the flow map, think through the behavior of different types of users — user flows. We create detailed screens, structure, and navigation — wireframes to agree with the overall view of the project. At this step we create the main – future functionality, that will get users really going to download, install and use this app.

Our team create the Apps, that your users will like and understand at first glance, and they will love it at the second. At the UI Stage the agency get down to the visual part of the project.

First of all, we define the style of the concept to make it fit client’s vision. Most often we start with the Log in/Register or Home Screen or any other which plays more important role according to the customer’s vision and have the main part of important elements.

Product/Market fit is one of such things at our world, like unicorn, it is really hard to find it.

The best decision for it is create a product for people, which they really want and which will be user friendly.
These are three main points that we usually use.

In cooperation with our clients we try to make Apps that is wanted on the market enough, and that will solve customer problems or a need that has to be met. We will make the App that can satisfy your target audience on the market.
We help our clients deliver the value of their product in a best way, with a lot of steps, but with a great result.

Post Release Testing is important process in the cycle of App creation. Because it doesn’t matter how cool and sexy your design looks like, how great is the development- if the screen takes 12 seconds to load, nobody’s going to use it — the customer will be pissed and may never return to your app.
It is our view, that the tester must be a part of the project cycle from the requirements/ ideas phase all the way to the release of each new feature.

Mobile testing is difficult — it truly is, because there are so many different screen sizes, operating systems versions, network dependencies and other factors that can impact your overall test plan and timeline. But we have Plan and Strategy!

Your idea realization is only one click away. Let’s Talk

Full Cycle
Development of the
Task 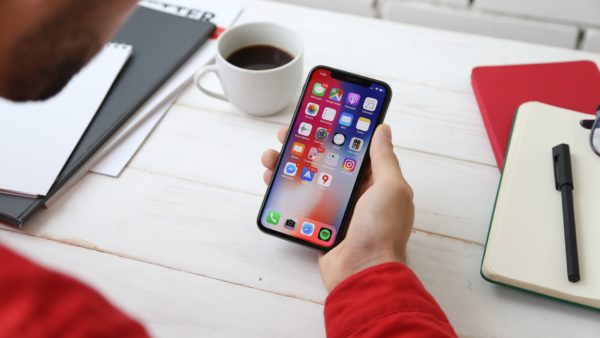 How to Create
a Mobile App

It is your guide to the world of a mobile app. If you know what Play Market and iStore lack, you should create it. And while the world is waiting, we’ll teach you to develop the best app ever.
Read More

Some of Our
Services and Forces

Your idea realization is only one click away. Let’s Talk

At the Bottom Line
You Will Have

Ready to work with us? Drop us a line.

Ready to work with us? Drop us a line.